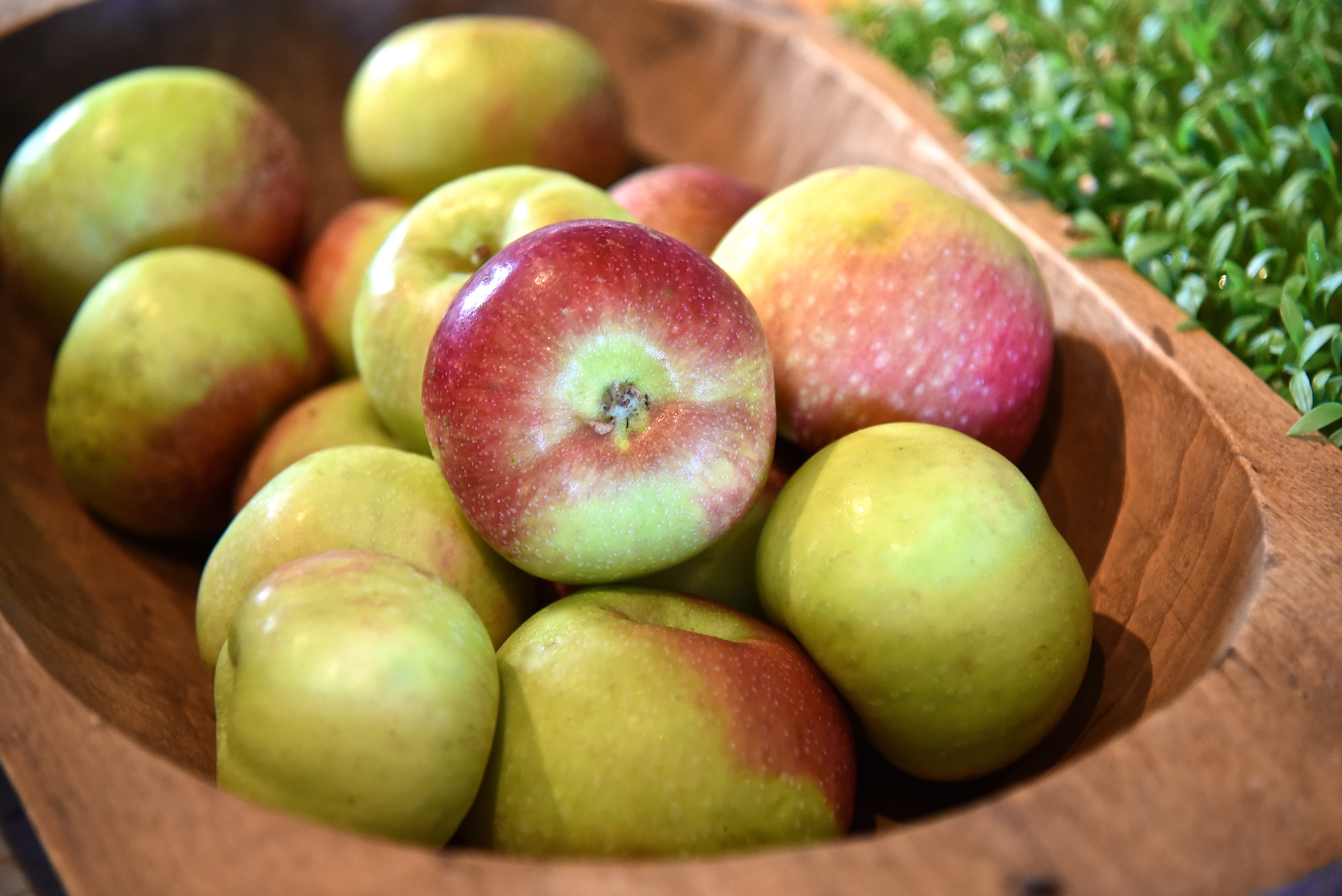 Chef’s Notes: Unsophisticated, uncouth, silly looking, and at times shockingly unattractive, terms often used to describe a fish, that as Mr. Lewis himself, was revered in France and underappreciated in the United States. We are speaking of the ‘poor man’s lobster’ or monkfish. Prized almost universally now for its dense, sweet and meaty texture, there was a time it was given away or discarded by fisherman, but we’re lucky we all came to our senses. Our dish begins with monkfish filets poached with tangy hibiscus flowers, then chilled and thinly sliced. Atop our carpaccio sits a lovely mélange of market melons compressed with the flavors of lemongrass and kaffir lime. Setting the whole dish off is a rich and succulent lobster “vinaigrette”, tying together all the nuanced elements. What a better way to start…

Chef’s Notes: As the nights start to chill, harvest time is just around the corner and hunting season is upon us, it’s time for the hunt for mushrooms to take full flight. As late Summer turns to early Fall, an absolute abundance of wild mushrooms begins to take shape. Taking some queues from the new world, we mix all the bounty of this Native American Summertime. We begin with light and airy white corn “gnocchi”, lightly sautéed and set atop a rich porcini and truffle sauce. All of this is topped off with nutty golden chanterelles and shaved Nicasio Reserve. We have truly found “Where the Wild Things Are.”

Chef’s Notes: As the Roman Goddess of fruitful abundance, Pomona’s gaze is all too prevalent this time of year in the amazing farms of the Sacramento area. While taking in the bounty of harvest, it’s time to feature an overlooked and underappreciated star of this time of year, the humble bean. Prevalent in almost every culture in the world and celebrated as the workhorse of countless cuisines, it’s time for our turn. We start with fresh local creamy butter beans, braised in a rich caramelized onion jus and pancetta. With pan roasted quail playing foil and the whole dish finished with roasted Placer County apples and pickled baby shiitake mushrooms, it’s time to let this harbinger of harvest sing.

Chef’s Notes: Until modern times the division of cattle in Rome was made by following this simple scheme: the first “quarto” was for the nobles, the second for the clergy, the third for the Bourgeoisie, and the fourth for the soldiers. For the rest, it was the “fifth quarter”, or what was left…. and from this came some of the most glorious of dishes. We begin by braising Montana beef with local tomatoes, onions and garlic… picked then pressed into “pave”. Crispy seared and placed atop delicate egg pasta covering a rich stew of Native American Summer tomato, we will continue to celebrate where the truly great dishes emerge.

Chef’s Notes: Dating back through cultural prehistory and seeing systematic cultivation for over 3000 years, the pear is one of the oldest and most prolific of fruits. As the onslaught of Summer fruit begins to wane, the emergence of the venerable pears begins to open the door on Fall. In honor of this comes our pear hand pie. Set aside a rich fromage blanc mousse and finished with a spiced port wine caramel, we await the changing of the leaves. Bon Appétit