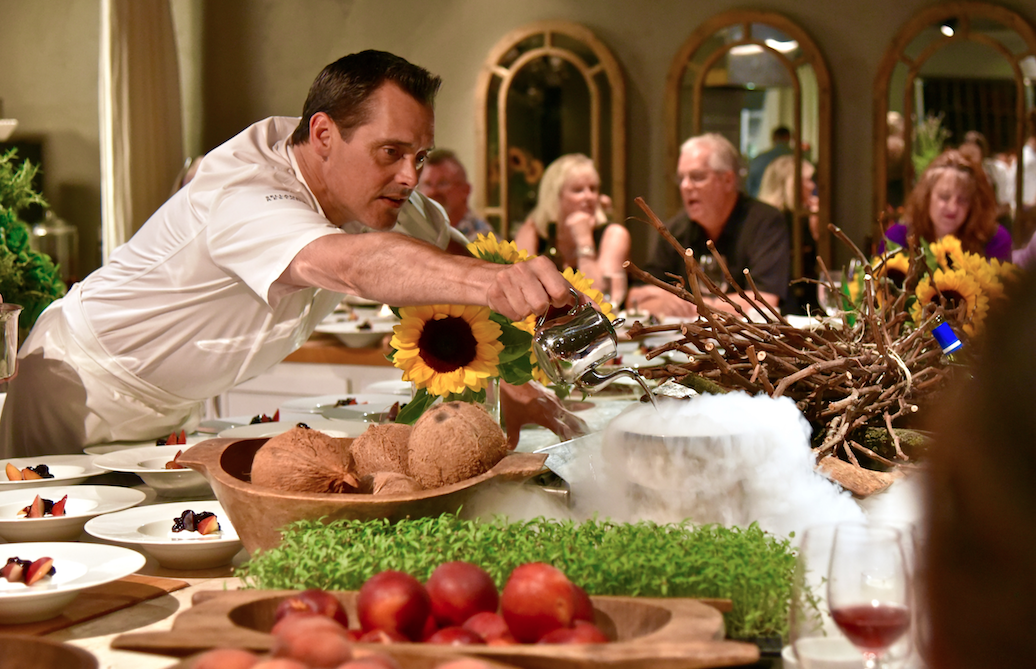 Chef’s Notes: With the curing and smoking of salmon, lox, or lachs having a long and storied history dating back as far as the Middle Ages, we thought it time to honor this king of river and sea. This culinary tradition traveled to the shores of the United States with German and Jewish immigrants, and, once paired with the salmon of the Pacific Northwest and Nova Scotia, has captured our palates. Here at The Kitchen we brine and smoke our salmon with hints of coriander and dill, and pair it alongside its long-time “friend,” fresh horseradish folded into crème fraiche. With meaty jus-braised seasonal cabbages and prosciutto, we think we’ve done right with our part of this long tradition.

Chef’s Notes: They’re called Hog Mushrooms by the Romans, for the English it’s Penny Bun, and the Germans call them Stone Mushrooms. In Mexico, they’re Panza or Belly Mushroom, and in Spain, Rodellon. The Dutch have referred to them as Squirrel Bread, in France the word is Cepe, and in Russia, Pine Forrest. Finally, in Italy, and here in the States, we know them as Porcini Mushrooms – boletus edulis, the King of Mushrooms. Regardless of any name, one thing is clear, we all love this rich harbinger of fall. We create a decadent filling for our ravioli wrapped in chestnut pasta, and set it atop an unctuous onion jus for a dish that truly embodies the season.

Chef’s Notes: Born in Irish mythology, the common first name Oscar originated from the grandson of Fionn Mac Cumhail, meaning literally “deer friend.” In heraldry and mythology, the deer has an instant connection to our hearts and the images of misty forests in the fall. Now with the seasons changing, we present our next course. Cured venison loin is served carpaccio-style, with earthy celeriac and lovage. Heady notes of juniper mingle with rich poached egg and crispy potato to create a dish even the Irish mythological heroes would fight for.

Chef’s Notes: Granny, Noni, Grandma, etc.. We all have them, and we all love them – our Grandmothers. As the seasons change to a more reflective time, our thoughts often turn to family and lineage. One classic French dish is steeped in love for our Grandmothers and the cooking that reminds us of home. Our play on this classic begins with braised beef, sumptuously glazed with cream, tarragon, and mushrooms and cozied up alongside potatoes glazed with fresh thyme, pepper and rich stock. Welcome home – your Grandma missed you!

Chef’s Notes: Once called a fool, or sometimes called a trifle. Created by one Thomas Dawson in 1585, and adapted into his epic saga (read: sarcasm), The Good Huswifes Jewell, Mr. Dawson put his spin on it with the addition of cream and rosewater. Though known in many variations, this beloved dessert holds the same sumptuous appeal for all. As we come into the month most associated with pumpkins, we thought it good to cook them with butterscotch, creating a custard-like filling for our trifle. Topped off with ginger cake and white chocolate, we couldn’t think of a better way to say a sweet hello to fall. Bon Appetit!